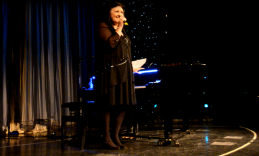 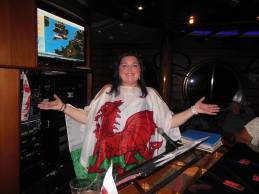 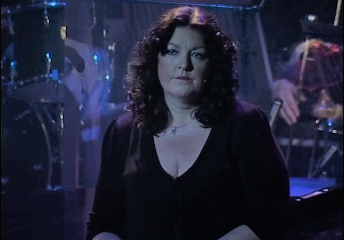 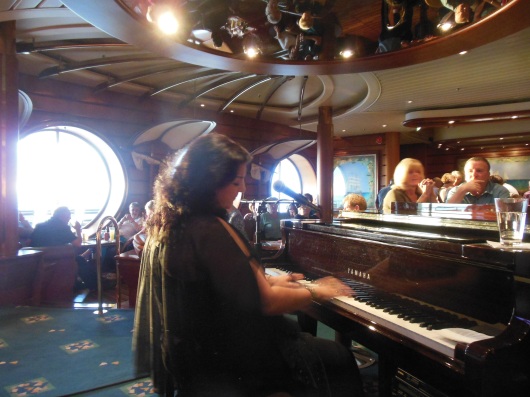 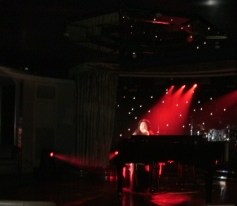 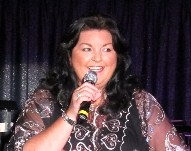 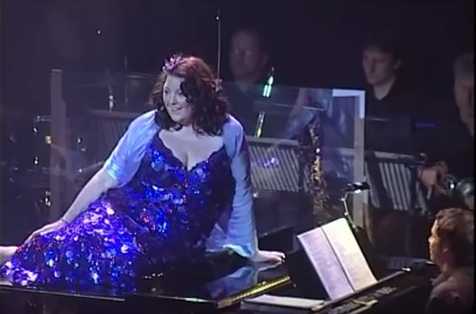 She wrote her first song at 13-MUSIC MAN

She played her 1st pro cabaret gig in 1973 aged 15 at the ‘Townsman’ Nightclub in Swansea under her stage-name: LYN LAWRENCE

Her professional career saw her in London as the resident pianist/singer in the Playboy Club, Kettners and also played Ronnie Scott’s.

She has travelled extensively and honed her craft in the workingmens clubs of South Wales/Valleys, the Midlands, South/East Coast and the South West & North East of England. She played some top venues-most notably: The Talk of the Town, Batley Variety Club, The Talk of the North, The Crystal Rooms and theatres up and down the land.

Lyn had a 3-month residency in Bahrain and almost 5 years as the resident pianist/singer for the SAS chain of hotels in Sweden where she held court in their piano-bars.

She did a UK theatre-tour as a member of the cast of SPRING THAW alongside Johnny Moore, Linda Lou-Allen & Don Crann (Lyn was also MD for this show and wrote the theme-song)

Whether she is playing a grand piano in a stately home or is on a stage playing to a thousand people-with or without a band-she is at home.

She is the ultimate performer….and more…….

Lyn co-hosted a live radio show where she sang and played ‘live’ the requests that were phoned/emailed/texted in by listeners. She has a massive back-catalogue of songs in her head and in her extensive library….and what she doesn’t know, she can Google!

She has written 2 musicals:

‘SWANSEA GIRLS’ which sold out on it’s 1st run at the Grand Theatre, Swansea and was brought back for a longer run 7 months later-when it again sold out

‘SWANSEA WOMEN’ which staged at the Grand Theatre, Swansea, September 2010 with tremendous success and was also the annual production 2015 for Cockett Amateur Operatic Society.

She was a full-time teacher in a comprehensive school from September 1994-September 2010, rising to the position of Head of Faculty; Expressive Arts. Following a serious illness, she resigned her post to be able to perform more and teach privately

She has had students of all ages and from all walks of life, coming to her for all sorts of different reasons-not just musically/audition preparation, but with a view to improving confidence, speaking and self-presentation.

Lyn is a much sought-after performer in her own right and under her stage-name of LYN LAWRENCE continues to travel the world entertaining people on some of the world’s finest cruise-ships. She has crossed the Equator and the Arctic Circle several times, going as far East as East Timor and as far South as the Falkland Islands and Cape Horn.

With 49 years in the business, she has many a tale to tell! So a book may be next……or ‘Swansea Jacks’ her 3rd musical…watch this space 🙂

Lyn is available for private concerts, weddings, celebrations, corporate events etc., and can tailor her act to create something special for each event.